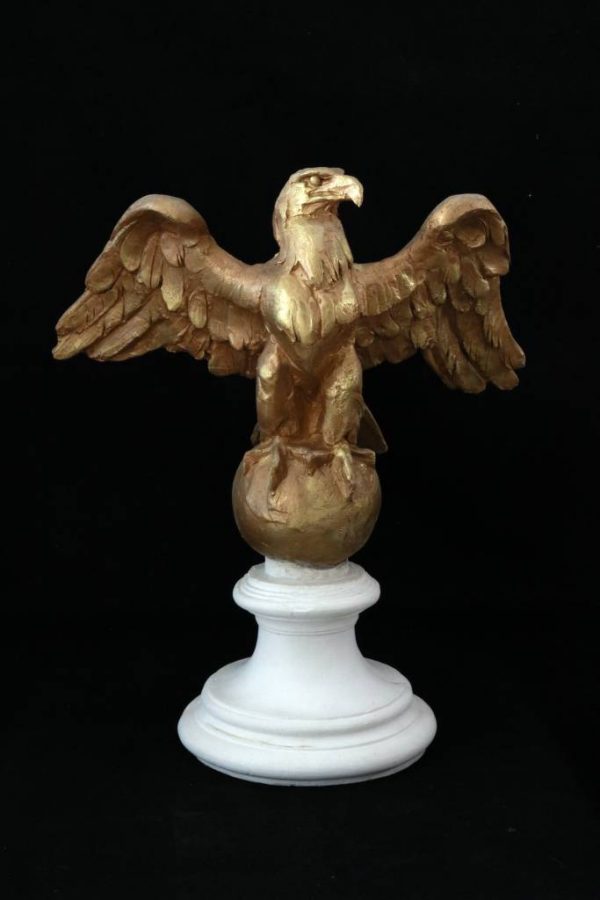 In the ancient history of Rome, the eagle is the symbol that more than any other represents the power of Rome, the emperor and the empire.

It was used on the insignia of war and assigned to each roman legion from the republican age until the end of the empire.

After the fall of the roman empire, the eagle was adopted as a symbol of power by the greatest kings of history.

This replica was used on the set of the film Ben Hur by William Wyler in 1959.