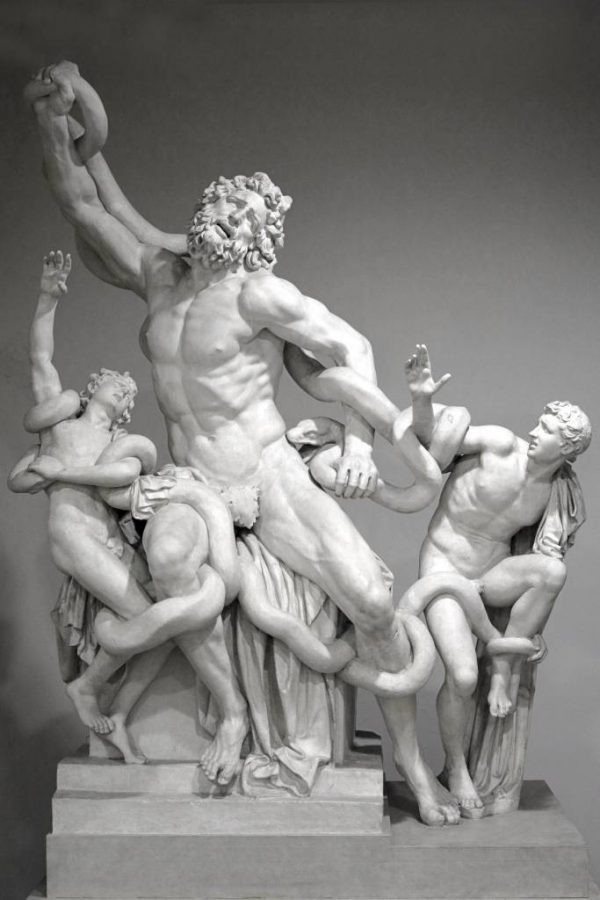 Cast of the famous group by the Rhodian sculptors Agesander Athenodorus and Polidoro. Was carved between the first century b.C. and the first century a.C. The group depicts the Trojan priest Laocoön and his sons attacked by sea snakes as narrated in the Aeneid. Found near the Domus Aurea in Colle Oppio on 14 January 1506, the original marble is in the Vatican Museums. The cast correspond to the version with the nineteenth-century restorations of the arms and the leaf.