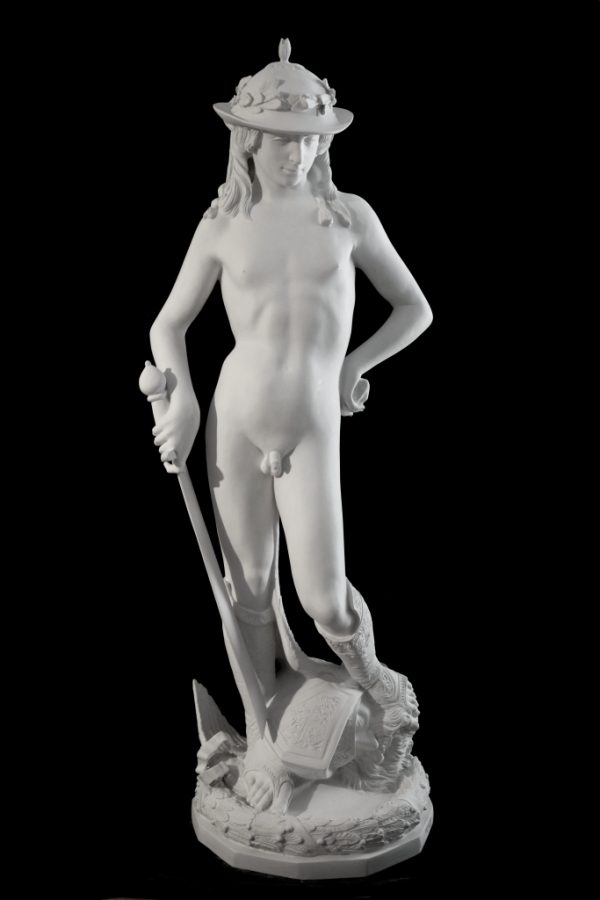 Cast from the original bronze of the David by Donatello, casted around 1450, now preserved in the Bargello Museum in Florence. Probably made for the courtyard of Palazzo Medici it was originally gilded and placed on a polychrome column.

The statue symbolizes the triumph of reason over brute force played by the defeated giant Goliath, a masterpiece of expressiveness and chisel.