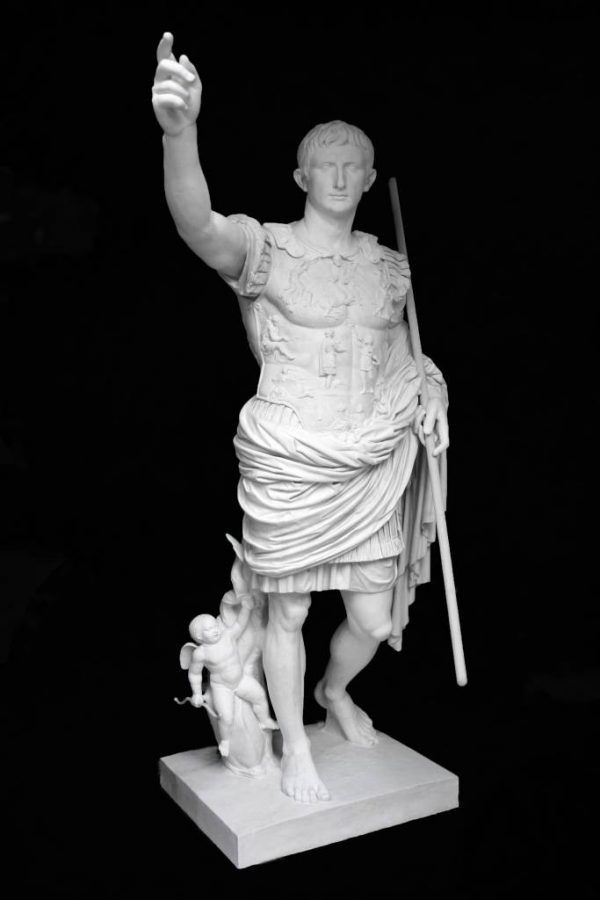 The statue, also known as Augusto Loricato, was found on April 20, 1863 in the villa of Livia, wife of Augustus, at Prima Porta. The statue of the emperor is depicted standing, with the right arm raised and the gesture of drawing attention: this is the pose that required the silence before the adlocutio (incitement to the army before the battle). The symbology of the reliefs on the breastplate, executed with great skill, are comparable to nearby works, such as the Ara Pacis. The statue itself is most likely the work of one or more artists of the same circle.