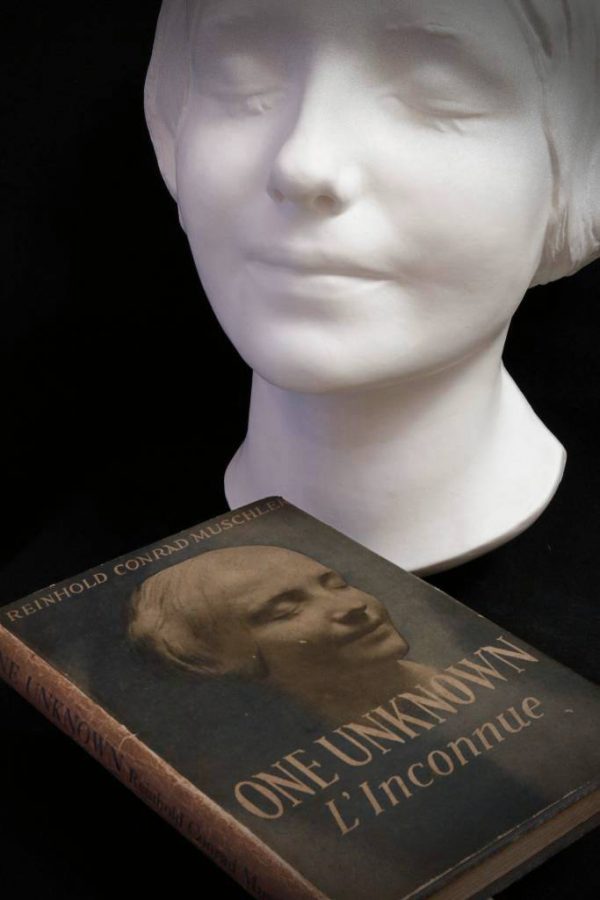 The iconic and famous portrait of the Inconnue de la Seine accompanied by a rare copy book by Reinhold Conrad Muschler’s novel One Unknown, the Inconnue, from 1935.

The girl’s plaster mask became very popular in Paris and elsewhere in the early decades of the 20th century. Many artists, writers and photographers, from Man Ray to Albert Camus, who described the face of the woman slightly smiling as a “Mona Lisa drowned”; they were inspired by her beauty and original purity, by the sweetness of the expression and by the “enigmatic smile”. Her charm soon attracted the bohemian Parisian society and it became very common in those years to find it hung on the walls of the studios or in the halls of hundreds of houses. In Paris she became famous as the Inconnue de la seine or La Viergeinconnue du canal de l’Ourcq or La Belle Noyee. Numerous writers investigated her history and definitively nourished the legend.

Reinhold  Conrad Muschler’s novel One Unknown, the Inconnue is one of the most interesting testimonies.