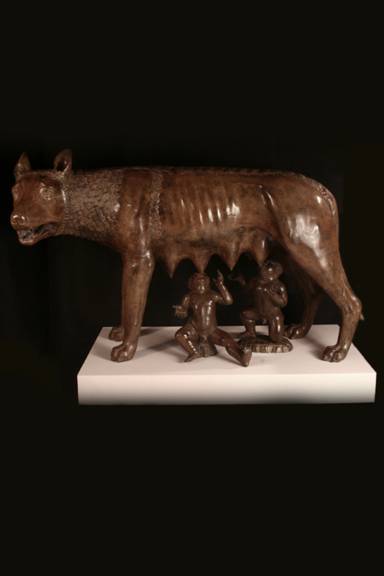 The etruscan work universally celebrated and rich of history was sculpted around 480 b.C. It represents the mythological effigy of the she-wolf suckling Romulus and Remus, symbol of Rome. The statuettes of the two children were probably modeled by Antonio del Pollaiuolo around 1470. Coming from the Laterano in Campidoglio for a donation by Pope Sixtus IV in 1471, it is now preserved in the Capitoline Museums.