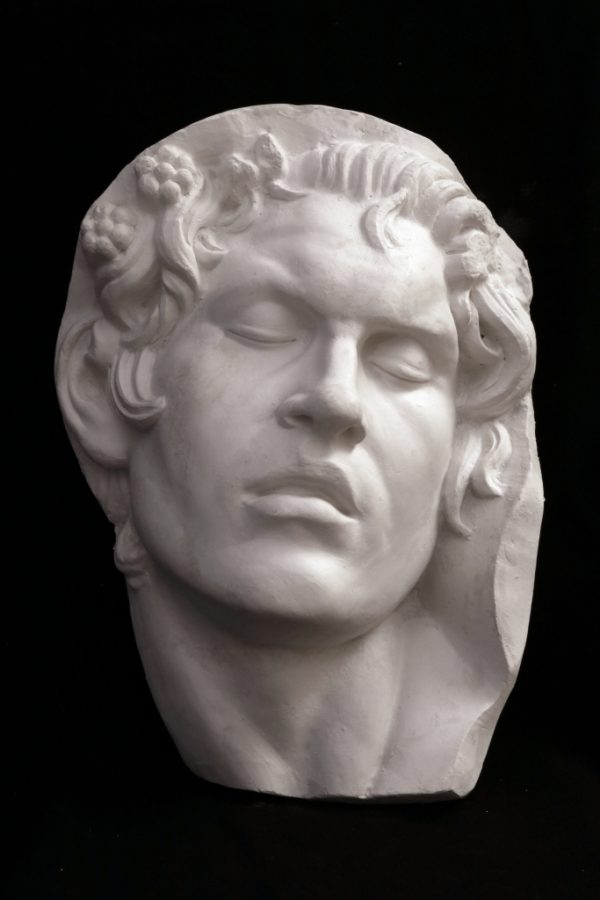 This is a detail of the life-size marble statue known as the Drunken Satyr or Barberini Faun,or is located in the Glyptothek in Munich, Germany.

The sculpture was either carved by an unknown Hellenistic sculptor of the Pergamene school, in the late third or early second century BC or is a Roman copy of high quality. The statue was found in the 1620s in the moat below the Castel Sant’Angelo, Rome, which in Antiquity had been Hadrian’s Mausoleum.