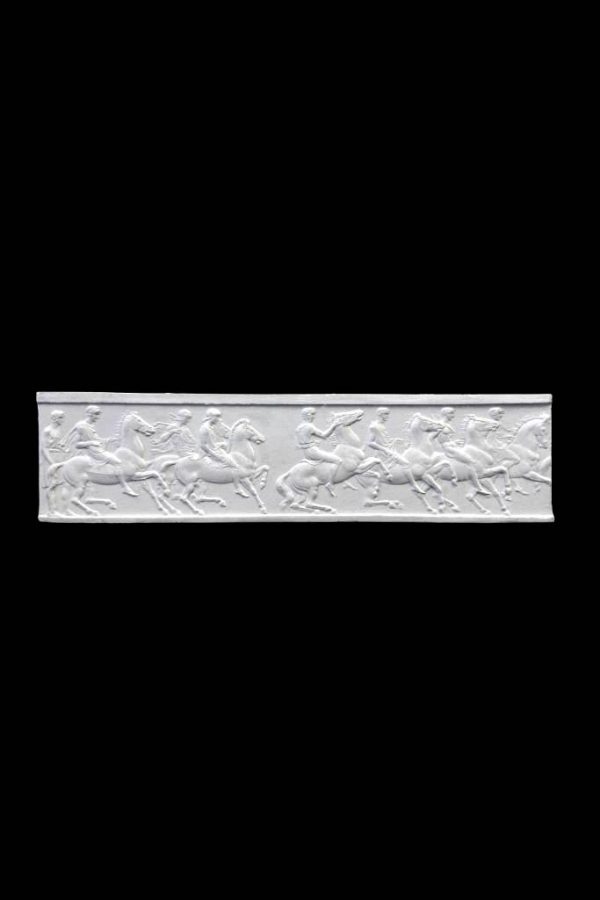 Miniature of the Parthenon frieze with horsemen and marshall, by sculptor John Henning.

During the eighteenth and nineteenth centuries interest in classical sculpture was at its peak and many original works and copies adorned country houses and art academies throughout Britain. The famous Parthenon frieze was part of Lord Elgin’s collection of Greek sculptures. John Henning was one of the first to access the collection and, like most of those who saw it, was struck by the beauty of the marbles. Thus undertook a project to made miniature models of the Parthenon friezes restoring the missing parts. His initial studies in ivory were unsuccessful so he carved the slate he used as molds to making plaster casts, producing small sections of the frieze that were sold in boxes. At the time Henning took twelve years to complete all the surveys.