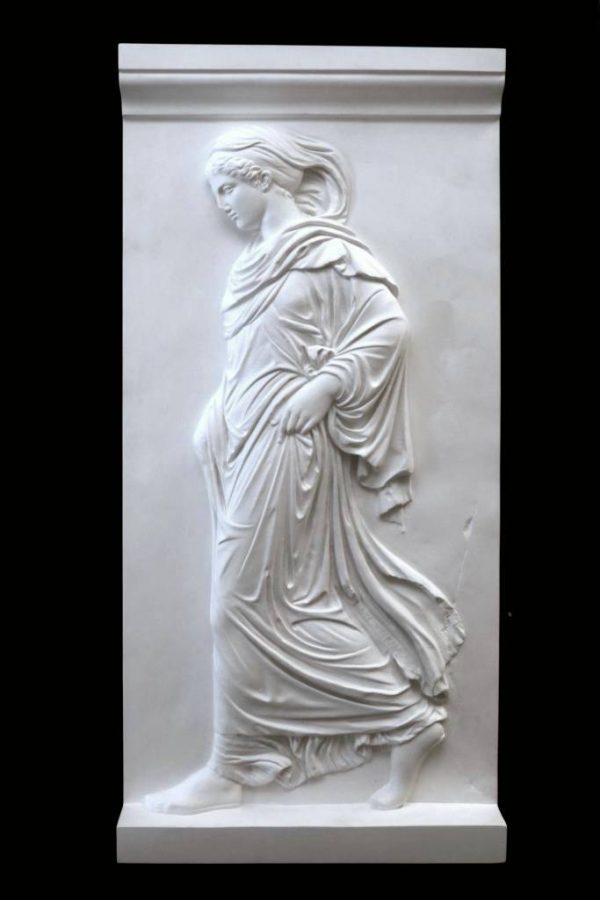 The relief, preserved in the Vatican Museums, is part of a composition that includes a female triad coming from the right as opposed to three other girls depicted on reliefs now in different museums: they are the so-called Horai and Aglauridi, probably copy of a Greek original of the IV century b.C.
The name Gradiva, in latin “she who walks”, was attributed to the first girl of the group from Wilhelm Jensen in the novel, Gradiva a pompeian fantasy of 1903.

Carl Gustav Jung reported this novel to Sigmund Freud, who in the essay Delirio e sogno in Jensen’s “Gradiva” of 1906 examined this literary case as a psychiatric case, to explain how external stresses can bring to the surface psychic tensions hidden in the intimate . Freud, a collector of ancient art, in Rome bought a cast of this relief, which he kept hanging on the wall of his study near the famous bed.