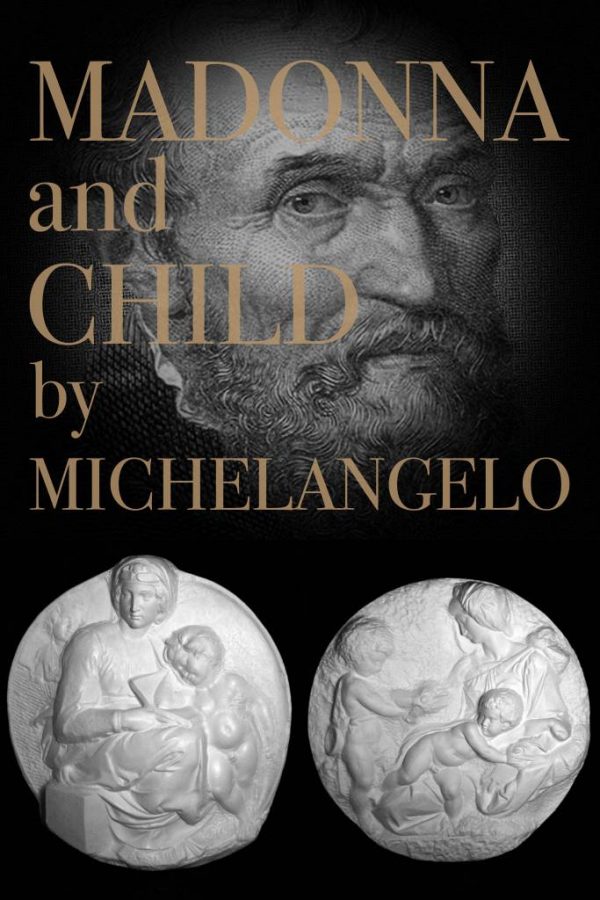 Madonna and Child by Michelangelo

Collection composed by the two most famous round bas-reliefs with the Madonna and the child executed between 1503 and 1506 by the sculptor, genius of the Renaissance.

The Tondo Pitti, sculpted during the years of David, presents an extraordinary succession of plans with the Madonna emerging, sitting on a block like the Madonna della Scala and the barely mentioned figure of the San Giovannino. The effect is accentuated by the unfinished outlines of the Michelangelesque style.

The marble, which measures (16 x 85 x 93 cm.) was carved for Bartolomeo Pitti and is now preserved in the National Museum of the Bargello of Florence.

The Tondo Taddei, carved in the same period, presents the figures of the Child and of St. John in a more dynamic action, in a scene of lively everyday life where the child flees in the arms of the mother to the gesture of St. John showing a goldfinch, symbol of the passion.

The original sculpted for Taddeo Taddei is preserved at the Royal Academy of Arts in London, (19 x 111 x 115 cm.).