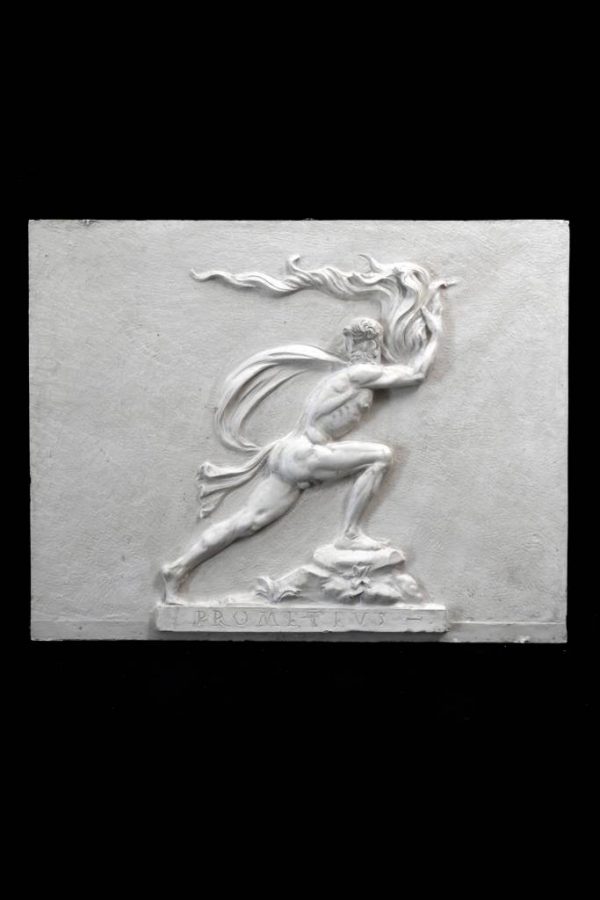 Prometheus is a Titan that has become symbol of the struggle of progress and freedom against the tyrant power.

According to mythology he steals fire from the gods to give it to men but suffers the punishment of Zeus who binds him to a cliff on the edge of the world and finally lets him sink into the Tartar, in the center of the Earth.